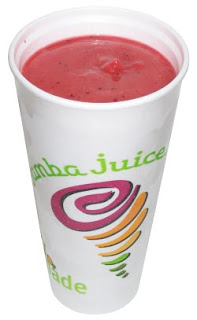 I know about fiber, so I should have known about fiber. I first heard about fiber and its ills my freshman year of college. Laden with Jamba Juice, courtesy of our Dining Plus Meal Plans, I was enjoying a pleasant walk back to the dorms with Chloe Skidmore.  Our friendship was still a young spring chicken newly hatching—I didn’t know her well, but she trusted me wholly and lovingly enough to stop us dead in our tracks, double over in front of me, and let out a cavernous moan.
Chloe confided in me—on a streak of nobility, she’d opted for a fiber boost in her Jamba Juice, and its effect was immediate. After several minutes of stomach-clutching, we were able to move forward. But I was forewarned. And I’ve never even been tempted by a Fiber Boost ever in my life. Plus it was a defining moment for mine and Chloe’s friendship—I saw her through her gas, and I liked her still.
However, four years later, I recently found myself the possessor of a package of Fiber One bars. And it looked just like an innocent granola bar should—yellow packaging, chocolate chips, peanut butter, and joy. 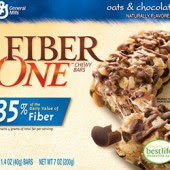 I packed one in my lunch, but got so excited about it that I ate it on my way to school. And the taste was better than any Nutrigrain I’ve ever tasted. It was candy! And I was wild about it.
Several hours later, I started having abdominal pain. I have a lingering fear about a rupturing appendix, so I was fairly sure that was my mere little problem.
If Only, Friends. If Only.
By 1:00 PM, my pain had become severe, but I recognized a variable. Whenever I would… how you say…pass wind… things felt better. Yet, you can obtain no reprieve when you’re sitting in the middle of your relatively silent Modern Literature class. You have two options: Sit and suffer in pain, or sit and allow others to suffer, if you catch my meaning.
But by 3:00 PM, inflicting suffering on others had become involuntary. The fiber had worked its way through my system and was wreaking its havoc.
I told my friend about my plight and she exclaimed, “Fiber Bars! I only eat those around my sisters!”
And then I remembered, with horror, that I had distributed one other fiber bar earlier that morning. My husband was travelling to Chicago for a big time interview for an internship that will basically determine the rest of our lives. In an attempt to show love and support, I had packed a little care package for Jeremy, complete with Fiber One.
Frantically I sent Jeremya text to warn him not to partake! But it was too late. Jeremy had been “Passing Wind” in his interview all day long.
So…we won’t be offended if Jeremy doesn’t get the job. It will have been all my fault.