I put dinosaur decals all over Hudson’s walls at Christmas-time. I actually wondered if they might scare him, and made sure to put only herbivores close to his bed. The ROI has been minimal, particularly since we recently put an offer on a house down the street, and if anything, the decals probably distracted from this home’s showings.

My recent C-section and the immediately subsequent birth of our daughter, Juno, has kept me largely bound to the top floor of the house we just sold, so I was there when Hudson recently announced with utter glee that when you turn the lights off in his room, the “dinos move a little!”

He’s been enlisting grandma and Jeremy nonstop to come look at the dinos as they move imperceptibly, shrieking with delight at the narrative he’s spun for himself when communally shared. What joy he experiences when we claim to see the flick of a dino tail, or catch the triceratops eating from a plant (sticker).

We have to weave stories into his daily life. So tonight, to incentivize tooth brushing, we told him we could have a dino party before bed. I asked tentatively if Juno could join.

“Of course,” he replied pleasantly and simply, with no trace of sibling rivalry. Like, of course! Juno will only contribute to the atmosphere. “In fact,” said that ‘of course,’  “please let me share the dinosaurs with Juno!”

As the dino dance party evolved, it became necessary to have a soundtrack to augment our very mild, I-have-a-c-section-incision and-am-holding-a-new-baby-dance party, so we reached for our “we have a toddler” soundtrack go-to—“Encanto.”

“So many kids in this house so let’s turn the sound up! You know why, it’s time for a Penrod round up! Penrod round up! Baby Juno… has great bowels!! Hudson imagines, and Juno gets her gift today.”

Hudson really got a kick out of Juno’s gift being precision pooping, and delightedly announced at the tail end of our mild dance party, “That’s right! My gift is my imagination!”

I’ve wanted to write just about Juno, for a minute, because she deserves her moment in the sun, or more accurately, her moment in the moon. Several months ago, Jeremy and I were bandying about names unsuccessfully, and we vibed vaguely with Juno because of the actress Juno Temple. Then I read in a book for work by complete happenstance, that Juno was the goddess of fertility and the moon. It cinched it for me. She was our moon baby. Our fertility miracle. Hopefully, should she choose it, she’d be less cursed with fertility problems than I have been.

We’re not particularly into cosmology, but we do decorate our house with the moon iconography because it’s beautiful. We have moon phases above our bed, a bookshelf in the shape of the moon, a table runner with moons, etc etc. We love the moon.

Juno, was incidentally, born on a full moon. We could see it from our window in the hospital.

Officially Google searches ascribe lots of different attributes to the goddess Juno. She was the Roman protector of the city, apparently “a vital force, fullness of vital energy, eternal youthfulness.” Moon only appears in every third or fourth source, but she’s our moon baby with, with some luck, all the other attributes of a goddess.

And if she doesn’t in fact, prove to be a goddess, the good news for her is that she’s officially a Hall girl, since that is her middle name—given to encompass the beloved matriarch of our family—Patricia Hall, who recently crossed paths with Juno on her way out of this earth while Juno was making her way in—and Patricia’s four strong, fierce daughters, namely my mother. It’s ok if Juno doesn’t protect Rome, or even if she’s not a goddess of fertility. Genetically and namely, she has a legacy of perseverance, humor, individuality, feminism, and good hair.

She’s Juno Hall Penrod. We’ve armed her with every strength we could. She’s our Juno Moon.

Life and metaphors glide like the innerworkings of  Hudson’s wild imagination. We are dinosaurs and Madrigals and suns and moons all at once. And since I imagine you were waiting for some sort of tie-in, when we were dancing to the light of the moon in our dino-Encanto dance party, I felt an absolute fullness in this house of having, with no sense of hierarchy, celestial fullness in this little house now sold—our son and our moon (and our stars, our pup who comes home to the party on Friday).

It won’t always feel like heaven. In fact, once we opened the door of Hudson’s room, a night of sleeplessness loomed before us, and the headlines of the news reminded us, and some of the grimmer realities of life penetrated us.

But for one dino dance party, our family was complete and magical, and I’m saving it this moment in writing while feeding Juno at 4 AM for whatever comes ahead.

Welcome, Juno Moon. Of course you’re invited to this party. 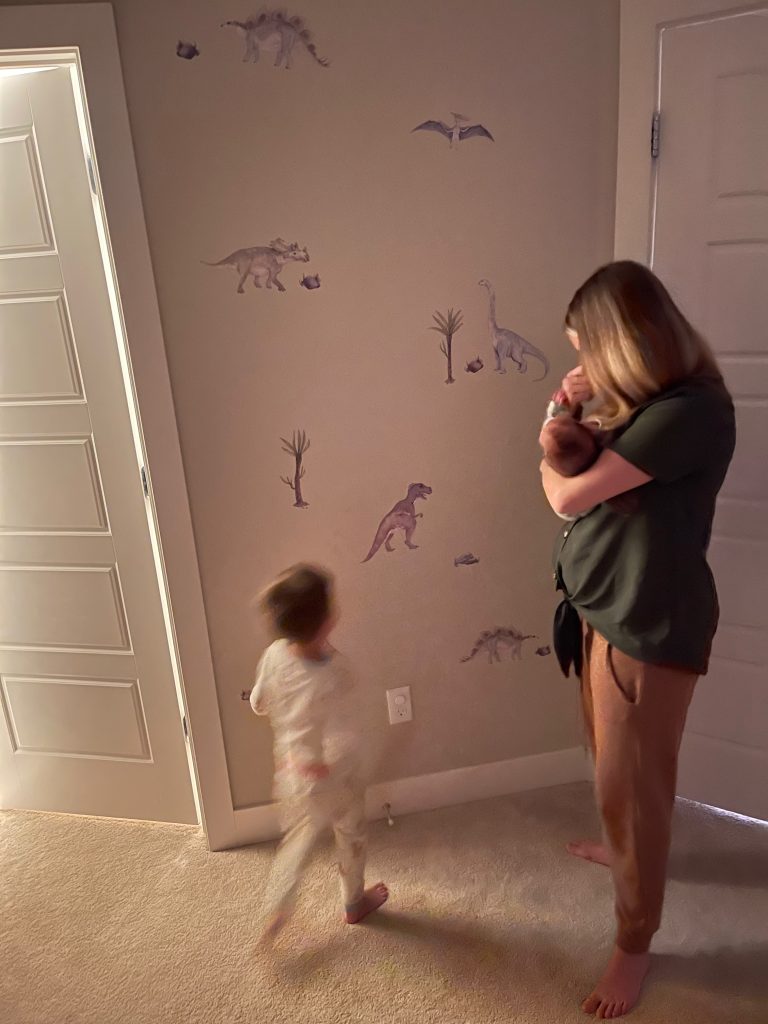 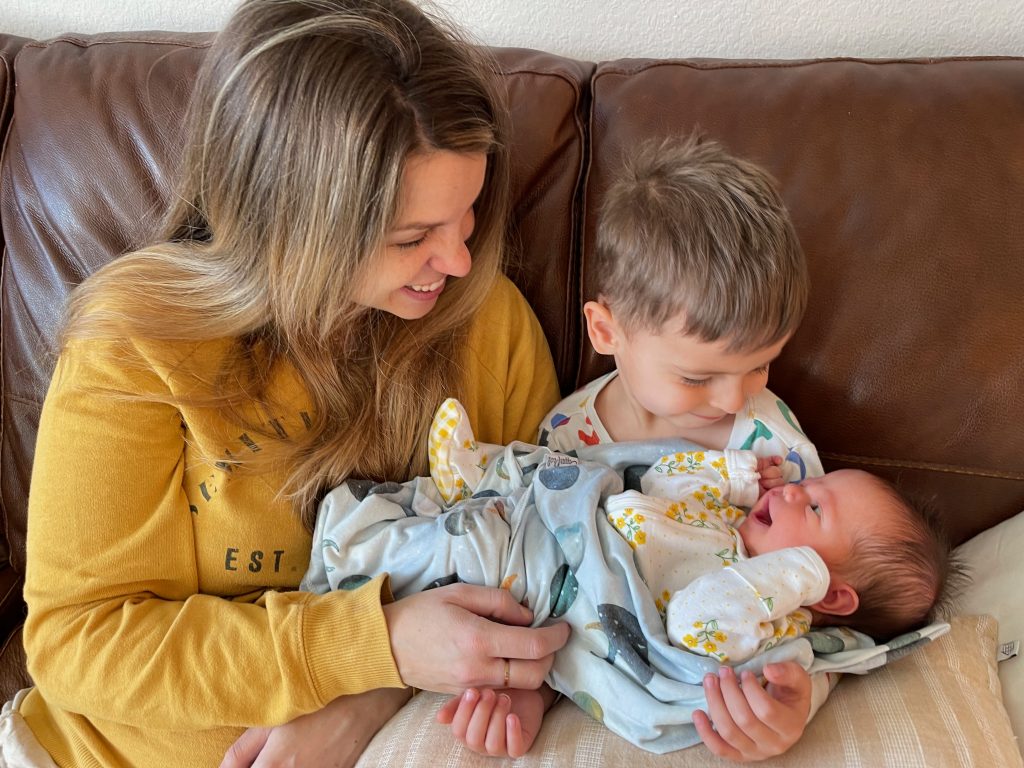