What hurts is that these privileges don’t exist for everyone.

I care so little about football. I learn the bare minimum so that when my students try to engage me in a conversation about football (which is hourly) I can reply with something like: “mumble mumble, oh yeah backup refs mumble mumble.”

I have a movie going on in the background when I get ready in the morning because plots make boring things better. Today, though I’ve seen it probably six or seven times, I selected Sleepless in Seattle because it never gets old.

In different scenarios throughout my life, I’ve thought to myself, “Wow. Self. You are so lame.” Moments like when I wear tube socks with my moccasins, and any moment that involves me dancing–these are moments that I let myself believe that I am, at my core, a lame person.

Dear Skinny Man,
There is, I think for the first time ever, a Hipster on the Bachelorette. He wears weird shoes, and his hair takes some getting used to (yes, I made Jeremy try “The Jef Coif”), I believe he wears Ray-Bans, and he made his entrance on the show via skateboard. So far, Hipster Jef seems to be a crowd favorite—America likes him, Emily likes him, and you know what? I like him too.
…Jeremy thinks he’s a tool. A skinny jeans wearing, overly moussed tool. I am convinced that this is because I happen to find the style, to be blunt, rather attractive. When Jeremy and I were dating and he was fashionably malleable, I took him to Urban Outfitters and made him buy a cardigan. He wore it the night we got engaged and has since avoided it like the plague.
But here’s the thing about Hipsters: Before there was “Hipster,” there was only “Skinny White Kid.” It is my firm belief that the Hipster fashion arose to give the picked-on SWK’s a break.  All you skinny men, do not resist. The fashion industry is throwing you dweebs a bone! For a brief season, it is cool to be a wimpy male. Rippling muscles are so 2009, don’t you know? Elitist vintage clothes make you look superior, so roll with it. If it soothes you, ease into the style by actually shopping at a thrift store, rather than an Urban Outfitters or American Apparel. But do it soon. As with most fads, Hipster glory will be fleeting. I suggest you enjoy your moment in the sun while Jef enjoys his (hopefully more than) fifteen minutes of fame.
So you, SWK, ask yourself the following questions:
Then don’t resist the Cardigan.
Grab a pair of Toms, coif up your hair, and get a one-speed bike because the time is now, for a limited time only (before the jocks start to beat you up again), to embrace your outward “cool.”
I have learned the secret to happiness, or a secret to happiness, anyways. And while you may not believe me because of the title of this blog, I implore you to hear me out. The secret is: Don’t take life too seriously! I mean it! I know I am not the world champion at this, but I am learning that if you can just learn to laugh about life rather than nosing to the grindstone all the time, life can be a little bit more fun. I mean, if you have to move FHE to Tuesday night, life is still ok. If you don’t finish a reading assignment for a class, you are probably a still good person. You are allowed to have a little fun in life.
This is why I wholeheartedly defend my weekly decision to watch The Bachelor, and I fervently encourage you to do the same. Many “show snobs” will look at this decision with disdain, and I don’t blame them, but I do think they need a change of attitude. It’s like those people who refused to watch Twilight, because they didn’t want to “condescend.” I’m sad to inform you that you missed the most hilarious cinematic moment of 2011 where a pack of poorly animated werewolves huddled in a circle to growl telepathically to one another in English. You also missed the gloriously bad acting of Taylor Lautner as he “imprinted” (whatever that means) on baby Renesme. If the movie had been an hour of these scenes on repeat, my eight dollars would have still been well spent! I loved it! But NOT because I took it seriously.
It’s the same with The Bachelor. You don’t watch The Bachelor because you believe in the longevity of Ali and Roberto (although, secretly, I did… a little). You watch The Bachelor with the attitude of mocking. You watch The Bachelor because the drama is sublime. You watch The Bachelor because, though there is no telepathy, there is still a lot of wolfish females growling in huddles at each other. You don’t watch The Bachelor with a grain of salt, but a pound of sugar! You watch it to watch the drama implode, and you invariably end up feeling better about yourself afterwards. It’s a total confidence boost. (Plus, it’s a little fun to plot out what your undoubtedly winning strategy would be if you were stupid enough to go on the show yourself.)
So for all you Show Snobs who are tilting your nose upward at me, I tell you, I feel sorry for you! This season, you’ve missed a schizophrenic blogger talking to herself in a bathroom, a surprise visit from Chantal N. (whom I love), a girl passing out during the rose ceremony, and lots of girl-growl circles.
Grrrr! Grrrrr! 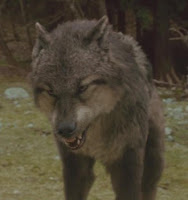 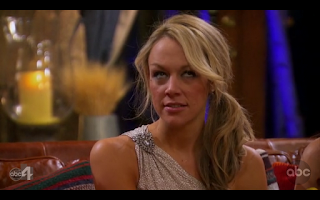 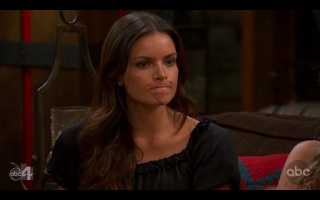 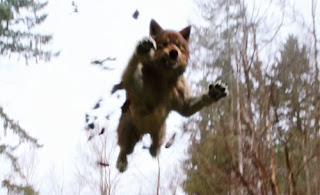 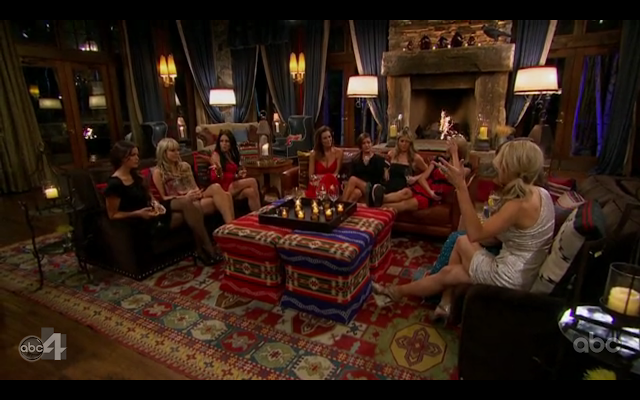 Jennifer and Kaycie B.
What about you??

My husband knows me well. Recently, when I experienced a surprisingly severe strain of anxiety, rather than telling me to calm down, he simply pulled up google and searched for “Cute Pugs.”  This is not something he ever would have done before he met me, so I am grateful for this. This led us to a discussion about our future dog. Now I’ve been flexible in the past, and willing to get any sort of dog minus any sort of dog with curly hair or a whiney face. But we have been mulling over the idea of a golden retriever eventually, and I have say, I’m warming to it.

So when we googled Golden Retrievers, THIS popped up! 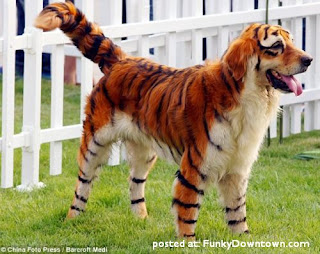 Apparently it’s all the rage in China to dye your dog to look like another animal. I think this looks legit! But I have to wonder if this is dog abuse, or dog awesomeifcation.

This however, there is no question: 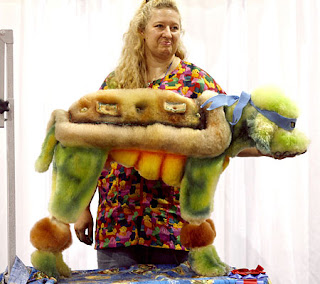 It’s called the Teenage Mutant Ninja Poodle.
That poor, poor animal. But a Golden Retriger…. That could work for me.
In my humble opinion, men in cardigans look nice. 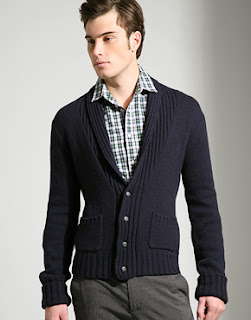