This morning, as soon as our nanny arrived to take Hudson, I made my Friday march down to my basement office, wadded up a hoodie for a pillow, and decided to sleep on the floor.x No, I wasn’t booting up my computer and reviewing my incoming emails, but I felt like, through the absence of actual work, my proximity to work might be enough. Maeby, who is unaccustomed to me being quite so literally on her level, responded gamely—gamely in the sense that she flopped right beside me so her whiskers could twitch against my cheeks while we both tried to rest.

There’s something completely irresolute about finals week; as such, unless explicitly directed, I avoid giving final exams. Instead, I like to leave my students thinking about the final chapter of their high school career with something less final and more… open-ended, more upbeat. I want my students to leave my literature class thinking about morals and the self–because, at least for me, that’s what literature actually is–words that express morals and self, and those concepts can’t really be tested by an end of year exam.

Someone recently said to me, “Sierra, do you still blog? I miss your words.” And it took me a minute to respond, because if my answer was truthful, my answer was no, I don’t still blog. Something happened to my blog psyche this year.
My words, well, they’ve been here all along, but they just got stuck somewhere in transit. I’m not sure if the words were busy or just intimidated, maybe a little of both, but they’re back now. I missed my words too, or at least, I missed the saying of them.

Ordinarily, this post might include a shame-faced apology for not blogging in so long. But there has been nothing ordinary about this past year, so the usual excuses of laziness or busyness just don’t apply. For once in my life, the most cathartic thing in my life has been–not writing–but in fact, teaching. So I can’t apologize for throwing all my efforts into that, and becoming the somewhat invisible thing that this blog is trying to catch.

… And I don’t just mean they think I am mean or unfair.

It started with a student who thought it was cool to draw Swastikas on my desks. High schoolers are weird.

The first time it cropped up, it was a tiny little Swastika. I was faced with the dilemma: Make a big deal out of it and risk goading the Nazi in my class to continue, or just let it slide and hope the perpetrator will get bored after their graffiti failed to incite. Apparently, “letting it slide” only ensured that the Swastikas got bigger and more noticeable. Teacher Fail.

So, Question: Am I a bad person for LOVING the Hunger Games movie?…Much more than I loved the book, I might add. Last night we saw it with a large group, and the boys seemed unanimous in their approval of the movie, but it seemed the movie left a bad taste in all the girls’ mouths. Many girls I know chose not to go see this movie on a moral high ground because the premise is kids killing each other. Should I have also abstained from the blood bath? And I answer myself, “Perhaps…” 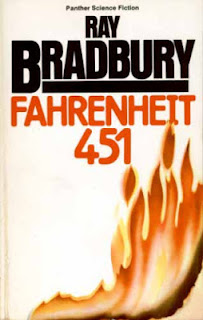 If you are looking to be surprised by the plot of the book/movie, I suggest that you not read this blog, and I also suggest that you might be living under a rock, because this story is everywhere. But I think the reason I justify my love for this book is because I have recently (I know, bad English Teacher Sierra) discovered dystopian literature. I got to read and teach Fahrenheit 451 with my high school students, and the book rocked my WORLD. Fahrenheit 451 depicts a community of people that have outlawed reading because it brings suffering (due to excessive thinking, don’t you know), and have instead favored enormous, four-walled flat screened TV’s that they can interact with. These people have become numb to their relationships, they find conversing with one another “strange.” They are calloused to horrible things like war, and they trivialize death. They drive fast just to have fun, just to feel anything…. And yes, the story is hyperbolic, but I just had to realize how not far off Ray Bradbury was in predicting our future. We numb ourselves with television, and Hulu wants us to watch Grey’s Anatomy on our lunch breaks, and facebook and texting have replaced intra-personal communication in many ways. I don’t really know much about the war in Afghanistan right now. And I know death exists, but I don’t really know anyone intimately that hasn’t died of old age, so therefore, death’s not REALLY a real thing to me just yet. Don’t worry, I know there are problems with that! I am criticizing myself here, people! And so was Ray Bradbury. Controversially, I think he was dead on.

I believe Suzanne Collins, in writing the Hunger Games, is a similar societal commentary, although I have to say, I did not always appreciate her “bumbling rhetoric” (someone on Facebook called it that. Sorry, that’s the best citation I can give). She satirized fashion, making the statement that when we run out of new ideas with fashion, we will keep pushing vanity to an extreme. By having her characters dress up with 9-inch eyelashes and PURPLE up to our brows, and nails with 3-D fixtures and ornate wigs… She’s making fun of us, people.

I recently subscribed to an Instagram (profile?) called Fashion Forward. I’m not sure why. Well, maybe it’s because of my deeply rooted ideology that I need to look cute. Anyways, here were two recent “Fashion Forward” photos. 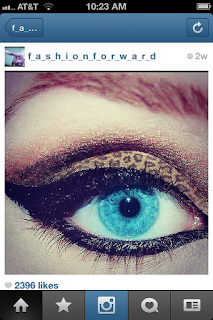 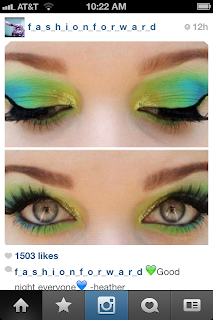 Here is Effie Trinket from the Hunger Games:
Not so far off, right?
–Please note, the above is an ADVERTISEMENT… MARKETING THIS LOOK TO OUR SOCIETY.
Furthermore, politically, Collins depicts a dystopia where peace is maintained hy having 24 teenagers thrust into a scientifically engineered arena of evilness to fight to the death, and then making this into a reality TV show that people wearing stuff pictured above watch and enjoy, make favorites, place bets, and spend money on. It’s a little sick.
Jeremy and I both realized separately yesterday that we were like patrons of the Capitol by patronizing this movie–we were paying to watch kids killing each other…. I even got dressed up to see the film. That can look a lot like endorsement.
Now, society hasn’t digressed back to Roman times with Lion’s and Gladiators just yet, but we do avidly watch Reality TV shows that are all about bringing people down, and killing their self-esteem. We do, to some extent, revel in others’ misery. Think: Shark Tank. Those people are mean to nice people. Sometimes, it feels immoral. We still watch it. The Bachelor–we are entertained by meanness and girls getting their feelings hurt–we pick favorites and make bets. We say salacious, mean things about the girls that were mean on the show. We become every bit as bad as these people… and I am TOTALLY guilty.
The Hunger Games is holding a mirror up to us, People.

So here’s the reason, I think, I don’t feel bad about LOVING the movie last night. I think I got the message. I did not enjoy “the blood bath” so to speak. It made me cringe, like it was supposed to. But the movie made me look inward and say… there’s a problem here… even if it’s not really a problem yet.

I know, I know–I’m changing my tune. Didn’t I just write THIS BLOG? But you know what, this movie was so well-acted (for the most part, cough cough Peetah… cough cough Gale), and so well depicted, and so well-adapted (awesome additions with the Seneca Crane under current, Gary Ross!), and so well-costumed, and just… so excellently executed… that I have to say: I’m reexamining. If nothing else, I think I’m going to cut The Bachelor from my life. It’s a big step for me.
And the other reason to go see this movie:
Willow Shields as Primrose Everdeen. Wait ’till she tucks in her ducktail.
You will know what I mean.
So, for those of you who actually made it to the end of this epically long blog, I applaud you (and would think it would be awesome if you commented on my blog, so I can see who is in on my experiment here). For those of you who merely looked at the pictures, skimmed for a second, and clicked away, don’t worry, I don’t blame you….
Ray Bradbury already predicted you would do exactly that. 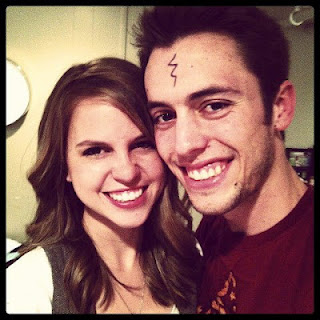 This was Jeremy’s way of preparing for the Hunger Games. This may also be reason # 467 that I married him.